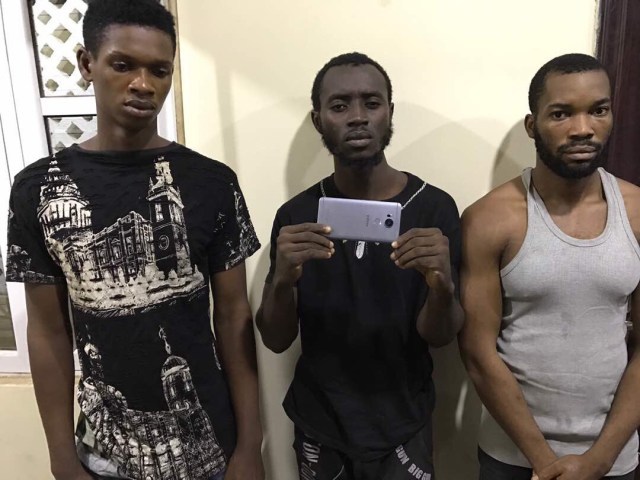 3 men who supposedly baited a 16-year-old young lady in Gwarimpa zone of Abuja to attend a modelling interview and snatched her a short time later, have been captured after a payment of N400k was paid two days after. It was accumulated that 24-year-old Edache Echoga, the gang leader and local of APA in benue state was captured at kubwa range of Abuja. He admitted to the wrongdoing and conceded getting #200,000 as his offer. His confession likewise prompted the capture of the 2 other gang members, 26-year-old Festus Ajiboye, an indigene of Ondo state and 21-year-old Ahmed Hassan, an indigene of Kano state. Both were captured in Lagos state on 23/4/17 after they set out to spend the offer of their payment. As indicated by SayNaija, display recouped from the first run through hijackers incorporates the telephone of the casualty which was utilized as a part of the payment arrangement and adornments of the casualty.